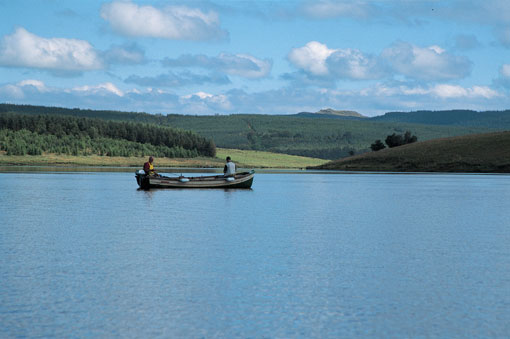 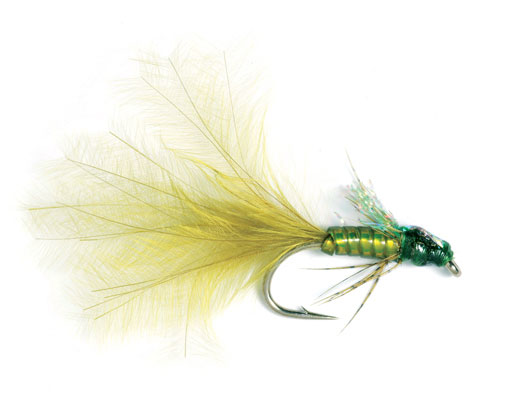 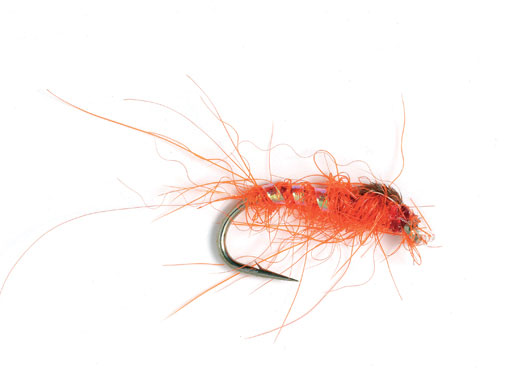 Fishing during the unrelenting heat wave of last August was to prove my biggest challenge. Success was now to be gauged by the capture of a single fish or, at best, a brace. Despite several blanks one week, I persisted, hoping to gain some understanding of how to tempt fish in these conditions. In very hot weather the trout seem disinclined to feed with any degree of enthusiasm and tend to skulk deep down where it is cooler and less bright. This is also where the fish can often find an easy source of nutrition in the form of daphnia.

Although trout were often rising freely throughout the day at Eyebrook during last August’s heatwave nobody seemed to be catching much off the surface, including myself. The fish were very preoccupied and it eventually became apparent that they were full of tiny red water mites. After two sessions trying to catch these fish I reasoned that I could do no worse than to ignore these surface feeders and have a go for deeper lying fish. I anchored up in deep water off the dam and attached a 20ft fluorocarbon leader to my floating line. I attached a weighted Damsel Nymph to the point and a Cove’s Orange Nymph on the dropper.

The Cove’s Orange Nymph worked well for me in the summer months. It can cover a multitude of scenarios as it can represent anything from an emerging buzzer to a sedge pupa, it can also be attractive to daphnia feeders and, according to Arthur Cove and Charles Jardine, it can be more effective for fish preoccupied with floating snails than an actual snail imitation (snails often migrate on the surface in large numbers at this time of year).

I cast out and let the flies sink for up to a minute and then retrieved with a slow figure-of-eight. I found it was very important to count the flies down as the fish can often be lying in a very narrow zone and are not all that willing to move out of their way to intercept food above or below them. This approach paid off and enabled me to catch fish once more.

20 years ago I had very little awareness of damsel nymphs. They either were not around in vast numbers in the Eyebrook or they simply escaped my attention. However, since my return to fly fishing they have proved to be one of my most successful patterns and are often responsible for most of my bigger fish (3lb to 5lb), especially when fished deep.

I also found that if at all possible it was far better to just wait until the last couple of hours in the evening before casting a line, particularly if it had been a boiling hot day. I noticed that many anglers left disheartened about 7pm. However, if they had waited an hour or two longer their chances of sport would have greatly increased. I was also aware of reports from anglers at reservoirs where bank fishing is allowed from dawn that these ‘early birds’ had often taken their limit by 8am or 9am and were then on their way home for a late breakfast in the sunshine.