TV stars on the Dee

Robson Green and Jim Murray sign up to Dee Marathon 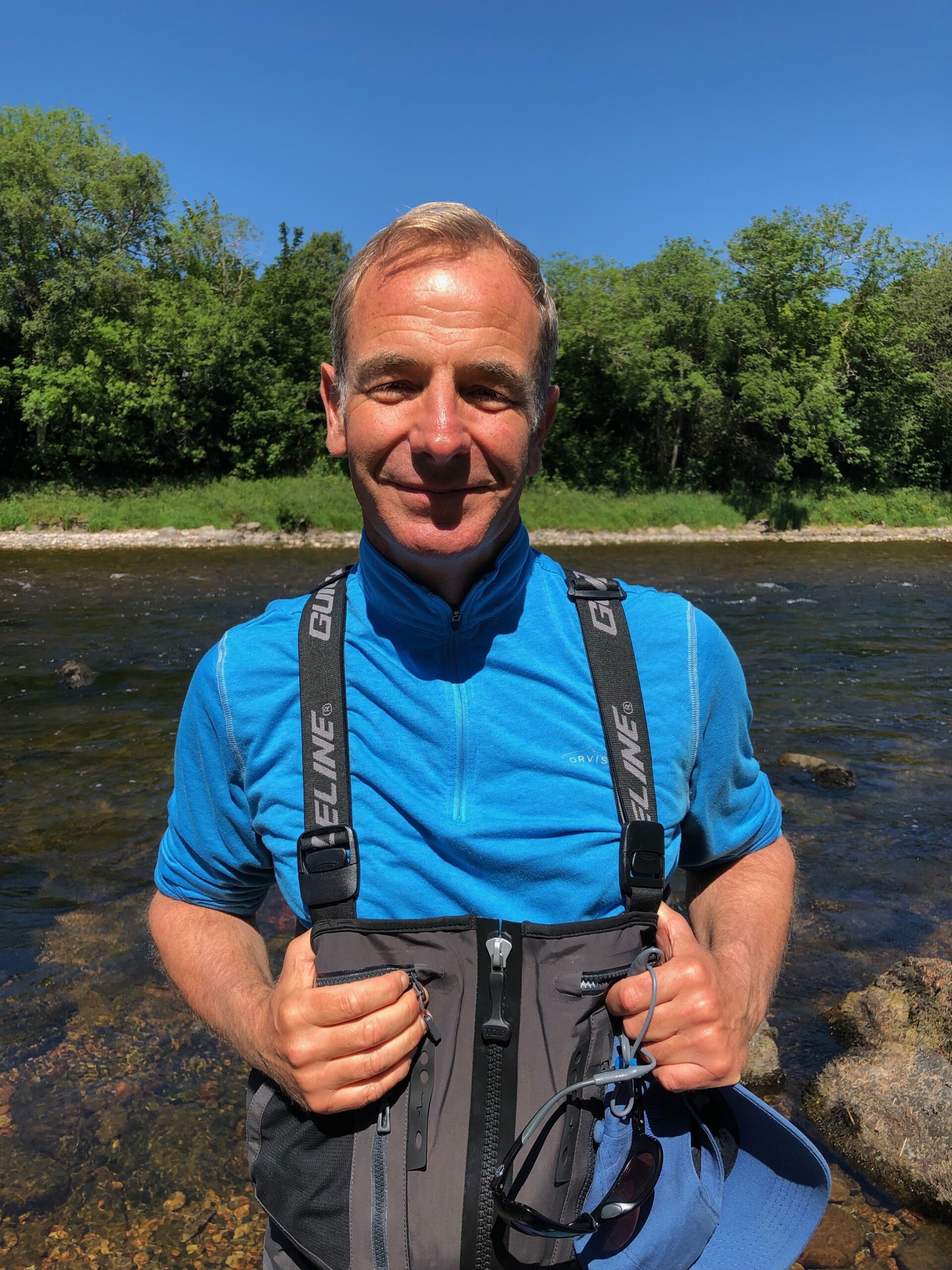 Robson Green on the banks of the Dee last year, where he caught his first salmon of the 2021 season.

TV celebrities and anglers, Grantchester’s Robson Green and Jim Murray, who will play Prince Andrew in the next season of The Crown, have signed up to fish the 24-hour marathon on the river Dee next June.

Both actors are friends, and they will be fishing the fundraising marathon as part of new six-part series for TV.

Robson, who currently stars as DI Geordie Keating in hit ITV’s drama, Grantchester, heard about the event whilst visiting the river earlier this year. Organised by the River Dee Trust to support vital habitat restoration work, both he and Jim are inviting 30 more anglers who want to support the Trust’s work to join them for the fish-in.

Commenting on the Dee Marathon, Robson said: “You don’t have to run 26 miles; you just have to fish for 24 hours. Who wouldn’t want to do that? I’m going to do it! I’m going to be there”.

During the event, which will run over June 25 and 26, 2022, 30 sponsored anglers will fish stretches of the river by rota, through day and night, in groups of three, competing to raise funds for work to reverse declining salmon numbers and support the entire ecosystem. There will be prizes for most money raised, as well as fish caught and returned safely to the river.

“The reason this river is so spectacular and so beautiful is that so many people invest in it, are passionate about it, and take care of it. And you’re catching some of the best Atlantic salmon in the world – period!” added Robson, who is well-known to TV viewers through dramas such as Casualty,  Soldier, Soldier and Wire in the Blood, and also presents the Extreme Fishing series.

River Dee Trust chair Sandy Bremner: “We are really excited that Robson will be joining us and taking our river-restoration work to a global audience. And, judging by some of the adventures at our first fishing marathon this year, it should make great viewing.”
Applications are now being invited for the 30 places. Contact Debbie Cooper of the River Dee Trust, debbie@riverdee.org