With salmon farming’s wrasse and lumpfish deaths possibly stretching into millions each year, a stocking ban is being mooted 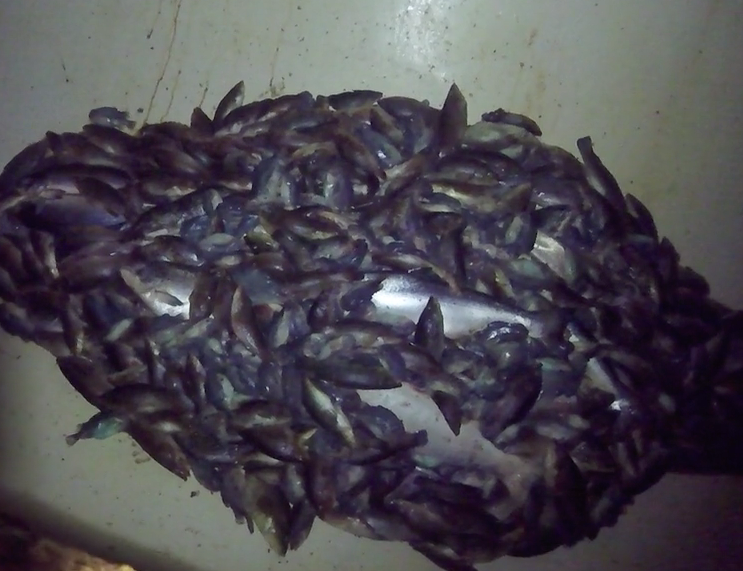 The salmon farm industry calls them ‘cleaner fish’, but the latest figures published by the Fish Health Inspectorate (FHI) shows there’s nothing clean about their use. Often championed by the industry as a natural, green and chemical-free solution to salmon farming’s debilitating sea lice problems, the belief is that wrasse and lumpfish eat the lice off adult salmon.
Now, ‘Case Information’ figures compiled from visits by the FHI reveal the numbers of ‘cleaner’ wrasse and lumpfish stocked by salmon farmers as astonishing, and those that die as outrageous.

In the 38 cases involving farms of MOWI, Scottish Sea Farms, The Scottish Salmon Company, Kames Fish Farming and Loch Duart, representing perhaps a quarter of all Scottish farm sites, shows just over 2.15 million ‘cleaner fish’ were held on these farms. They recorded 333,519 ‘morts’ (dead cleaner fish) – a loss of around 15%. However, ‘black loss’ (fish rotting away in the cages before they are retrieved for counting) means this death toll is an under-estimate and calculating the actual number of dead ‘cleaner fish’ is difficult to calculate. A Norwegian study showed that salmon farmers reporting a ‘cleaner fish’ mortality rate of 40% was, in reality, closer to 60%. OneKind, the body aimed at ending cruelty to Scotland’s animals, suggests that mortality of ‘cleaner fish’ could be as high as 100%.

It appears from the reports that the fish are highly susceptible, and die either from fish diseases, such as furunculosis and gill disease, which occur frequently in the heavily stocked cages, and also from the treatments used to control these diseases. MOWI’s Caolas a Deas salmon farm in Loch Shell on the Isle of Lewis reported last September that “it has been accepted by industry that freshwater treatments will lead to elevated lumpfish mortalities”, but reported that “no alternative solution was given”. Also, underwater video footage shows that often the cleaner fish become heavily infested with the sea lice parasite they are deployed to be ‘cleaning’ off the salmon.

Some farms are heeding the welfare warning signs. The ‘Case Information’ details no ‘cleaner fish’ were being used at Grieg Seafood’s North Papa salmon farm (Cooke Aquaculture also reported no ‘cleaner fish’), along with the statement that: “Company policy has been to limit cleaner fish due to health concerns for the cleaner fish”.

Where do these hapless fish come from? Originally, wrasse for live stocking were caught in the wild but, such is the demand, fish are now farmed commercially for cleaner use, too.

Exactly how many wild caught wrasse and lumpfish are used on salmon farms in Scotland in total is unclear, but data published in June 2021 details 300,000 to 400,000 wild-caught wrasse are moved onto Irish salmon farms each year, however the Scottish fish farm industry is ten times the size of Ireland’s.

In 2019, Scottish Salmon Producers Organisation (now Salmon Scotland) published that 52,000 wrasse had been caught in Scottish waters. However, since then, data on wild-caught wrasse in Scottish waters (or, for that matter, in England, Wales, Ireland and any other country) has not been published.

The Angling Trust in England and Wales have challenged the mass exploitation of wrasse – “a highly important recreational angling species” – from their natural habitat. The live wrasse commercial fishery on the south coast began in 2015, and is now controlled, although numbers caught are not collected. The relevant Inshore Fisheries and Conservation Authorities (IFCAs) – Cornwall, Devon & Severn and Southern – have developed a variety of management proposals to manage the fisheries. However, the Angling Trust believes that “the use of wild wrasse captured from England in Scottish salmon farms is a completely unsustainable and appalling use of a publicly owned marine resource”. It does not feel that managing the live capture wrasse fishery is sufficient.

In April 2019, Sark, in the Channel Islands, the shores of which are well known for their recreational angling potential, became the first place in Britain to ban commercial wrasse fishing. However, many other areas are also being exploited; the Case Information report highlights the Isle of Skye as one source, but also lists locations as far as Weymouth and the Republic of Ireland.

An FOI also shows 275,000 wrasse came into Scotland from one Northern Ireland fisherman during 2020–21. When questioned about this particular source, Ireland’s Department of Agriculture, Environment and Rural Affairs said the commercial capture of live wrasse was legal and “not subject to any quota in Northern Ireland”.

Apart from being a popular recreational angling species, and a local angling attraction, “Little is known about the sustainability of wrasse populations and what impact commercial scale harvesting will have on marine ecosystems where wrasse play an important role”, say the Angling Trust.

Scamon Scotland has written to the Scottish government explaining that, whilst it is diametrically opposed to the use of toxic chemicals to kill sea lice infestations on salmon farms, the use of ‘cleaner fish’ is certainly not an ecologically or welfare friendly alternative.
“If salmon farming cannot operate without lice infestations and mass mortalities – in both farmed salmon and ‘cleaner fish’ – then it has clearly lost its environmental, welfare and social licence”, says Don Staniford.

In its letter, the campaigning body wants the government to:
• Establish a public register of shipments/imports/transfers of cleaner fish;
• Record and report monthly cleaner fish mortalities;
• Test for infectious diseases, pathogens and viruses in cleaner fish prior to transfer to salmon farms and during their short lives on salmon farms;
• Record antibiotic use on cleaner fish.

“Far from being a panacea, the stocking of salmon farms with wrasse and lumpfish is precipitating disease problems and wider ecological impacts”, said Staniford. Earlier this year, Scottish Salmon Watch revealed the use of chemicals on salmon farms has doubled since 2018, despite this increasing use of ‘cleaner fish’.

What the industry says

FF&FT asked Salmon Scotland’s Hamish Macdonell to confirm on the extent of the industry’s use of ‘cleaner fish’, their origins, estimated mortalities, and its intentions towards the health and well-being of these ‘cleaner fish’. We also asked what research there was that showed ‘cleaner fish’ actually worked as a deterrent to sea lice numbers, as sea lice continue to be a major problem for wild salmon and the dwindling migratory fish industry, which supports Scottish rural jobs and tourism. In 2019, using the SSPO’s (now Salmon Scotland) own data, Salmon & Trout Conservation Scotland showed that the average adult female sea lice count per fish on salmon farms had almost doubled between April 2018 and April 2019.

A video produced by Salmon Scotland about cleaner fish states that “specialist teams” look after the cleaner fish to keep them “secure and happy… healthy and stress-free.” However, a welfare warning letter relating to ‘cleaner fish’ mortalities from the Animal & Plant Health Agency (an Executive Agency of DEFRA) to MOWI in September 2019 ended by recommending: “it would be helpful to keep separated records for mortality and culled animal not only for salmon as you are correctly doing, but also for lumpfish and wrasse in order to have a detailed monitoring system for all species under your responsibility”.

OneKind has also called for better reporting on ‘cleaner fish’ mortality rates, causes of mortality, and numbers harvested from the wild.
Other fish-farming countries are beginning to scrutinise the use of ‘cleaner fish’ and considering a ban. “There are extensive fisheries for wrasses, and aquaculture of ballan wrasse and lumpfish,” stated the Nordic Council of Ministers – the inter-governmental body of Denmark, Norway, Sweden, Finland, and Iceland, in December 2021, “…if the welfare is not improved and the effect of cleaner fish better documented, the use can be reduced or terminated.” 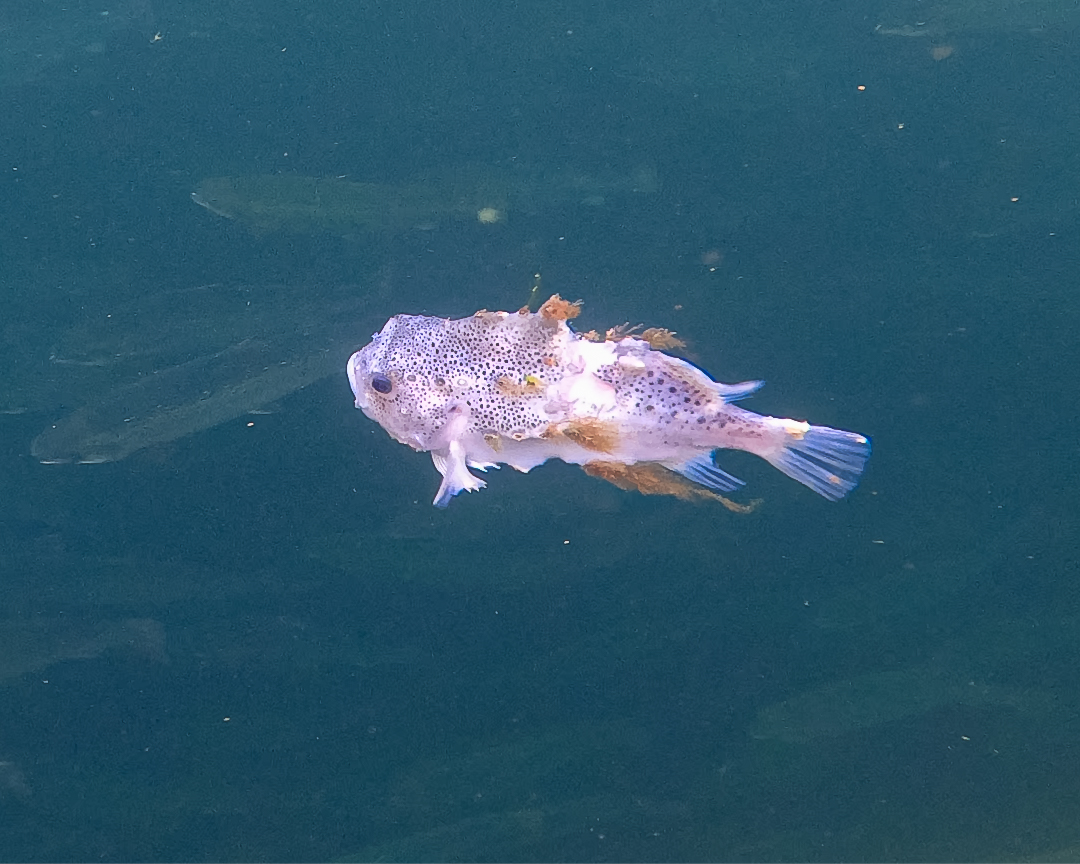