As Irish trial catch-and-releases top 1,000, up to 25 charter vessels are set to operate this summer under licence 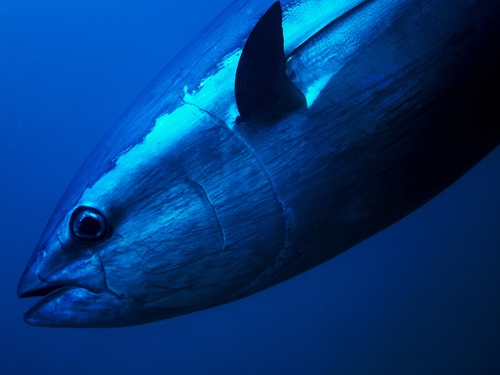 Bluefin tuna, the ‘giants of the sea’, are back off the coast of Ireland, and 25 authorised boats will, in 2022, operate as angling charter vessels on a catch-and-release basis.

Legendary in size and highly migratory, bluefin began to reappear in numbers off the Irish coastline a few years ago. They are characterised by extremely fast growth, attaining 60 pounds in just three years. However, they continue to grow unabated, can live up to 40 years, and specimens of 1500lb are caught off New England and Canadian Maritime Provinces.

Bluefin are incredibly fast, powerful and can overwhelm fly tackle as they reach 60 pounds or more, although fly-caught records exist of bluefin of between 101 and 128 pounds. Smaller bluefin (up to 40lb) are caught off the New Jersey, New York and New England coastline of USA.

They are normally found in the Mediterranean, Black Sea, Gulf of Mexico and the northern Pacific and Atlantic Oceans, but recently have been spotted consistently off the west coast of Ireland.

In the past three years, a closely monitored tuna catch-and-release ‘citizen science’ programme, run by Inland Fisheries Ireland and operating under strict guidelines, has seen some 1,136 Atlantic bluefins caught, tagged, measured and released off the Irish coast by authorised charter skippers. The largest tuna tagged in the programme to date was nearly three metres long, and weighed an estimated 372kg (820lb).

Building on this research, this year, a maximum of 25 authorisations will be granted to qualifying angling charter vessel skippers operating off the Irish coast, the fishery opening on July 1, and closing on November 12.

The core aspect of the ongoing programme is the welfare and successful release of the bluefin tuna, which is one of the most sought-after and expensive fish that swims – in 2019 a Japanese restauranteur paid $3million for a 600-pound fish (a mere $5,000 per pound) – as the marbling effect in the meat makes it perfect for sushi. Remarkably, bluefin tuna also ages well.

This news reflects well on the work done to protect bluefin tuna, which at one stage looked to have been fished into extinction, but they are recovering in number following a decade of conservation efforts. Only authorised Irish skippers will be permitted to target or catch bluefin tuna and they will be required to have high-specification rods, reels and lines to ensure that the fish is brought alongside to be measured and tagged in the water in a timely manner.

Anglers will have an opportunity to participate in this fishery and contribute to this important scientific study by chartering and fishing from these authorised vessels only. Any unauthorised person found to be targeting bluefin tuna is liable to prosecution.