I’d pick Loch Lee, up Glenesk to the headwaters of the North Esk. Great fishing for brownies and charr. It’s one of those places that looks wild and desolate but teems with life. And frankly its in the wrong place – it should be several hundred miles farther north, which I like. Stunning place. Good boats.
Magnus Angus

Loch na Coarach, near Melvich in the very north of Scotland sticks out in my memory. A longish hike east off the road resulted in one of the most dour and chilly morning’s fishing I have ever experienced, highlighted only by a territorial dispute with a bankside-dwelling pine marten. Then, at lunchtime, the weather warmed, and a hectic hour ensued as midges hatched and trout moved at the surface. Five quality wild fish on Spiders against a backdrop of snow-laden Ben Loyal transformed the day – perfect!
Mark Bowler

Lying in a hidden valley in Sutherland, amongst some of Scotland’s most spectacular hills, is Loch Dionard. It’s simply the finest salmon and sea trout loch on the planet. If fishing on this loch was available on a weekly basis, I would fish it a week every year and, as a treat, two weeks every special year (a special year being defined as one that had either 365 or 366 days!). God fishes Dionard!
Stan Headley

You’re not spoilt for choice in Assynt but there’s one wee chain of lochans that lie near the foot of Loch Veyatie that often tempt me to head off the beaten track. I save my energy a bit for the roaming around required to give this area justice by motoring the length of Veyatie by boat. The backdrop is to die for with Suilven, Canisp and Cul Mor all adding to the rugged beauty of a step along the wild side. Most of these lochs boast modest sized trout that probably hardly see angler’s attention from one year to the next. Olives and Sedges bring them up, however with mayfly all around these parts at the right time of year it pays to have a few size eight Green Drakes in that fly box. (OS 19 160155).
Allan Liddle

The loch that I would most like to take with me to heaven is Loch Heilen in Caithness. It has some of the most beautiful trout in the world. If Leonardo da Vinci had ever painted a trout, then it probably would have looked very much like a fish from Loch Heilen.
Bruce Sandison

Way up in Cape Wrath, little Loch Keisgaig is nestled into a shallow grassy swale. Take a map and compass. It’s a long walk and you could walk right past it if you weren’t checking your bearings in that bleak landscape, especially if the sea harr socks in. It’s a ‘green’ loch, very clear, and you also have to sneak up on it – like I didn’t – or all you will see is the bow waves arrowing from the shallows toward the deep southern bank. There’s usually some wind, which is good because it helps your approach and also keeps the midges down to a dull roar. There are some cracking brownies in there. It’s best to approach along the higher south bank, even though it makes casting harder. Stay low and float a no-hackle Deer Hair Sedge over them. Better yet, two of them. Fish the edge. Chill.  Don’t pull ‘em too much.
Bob Wyatt 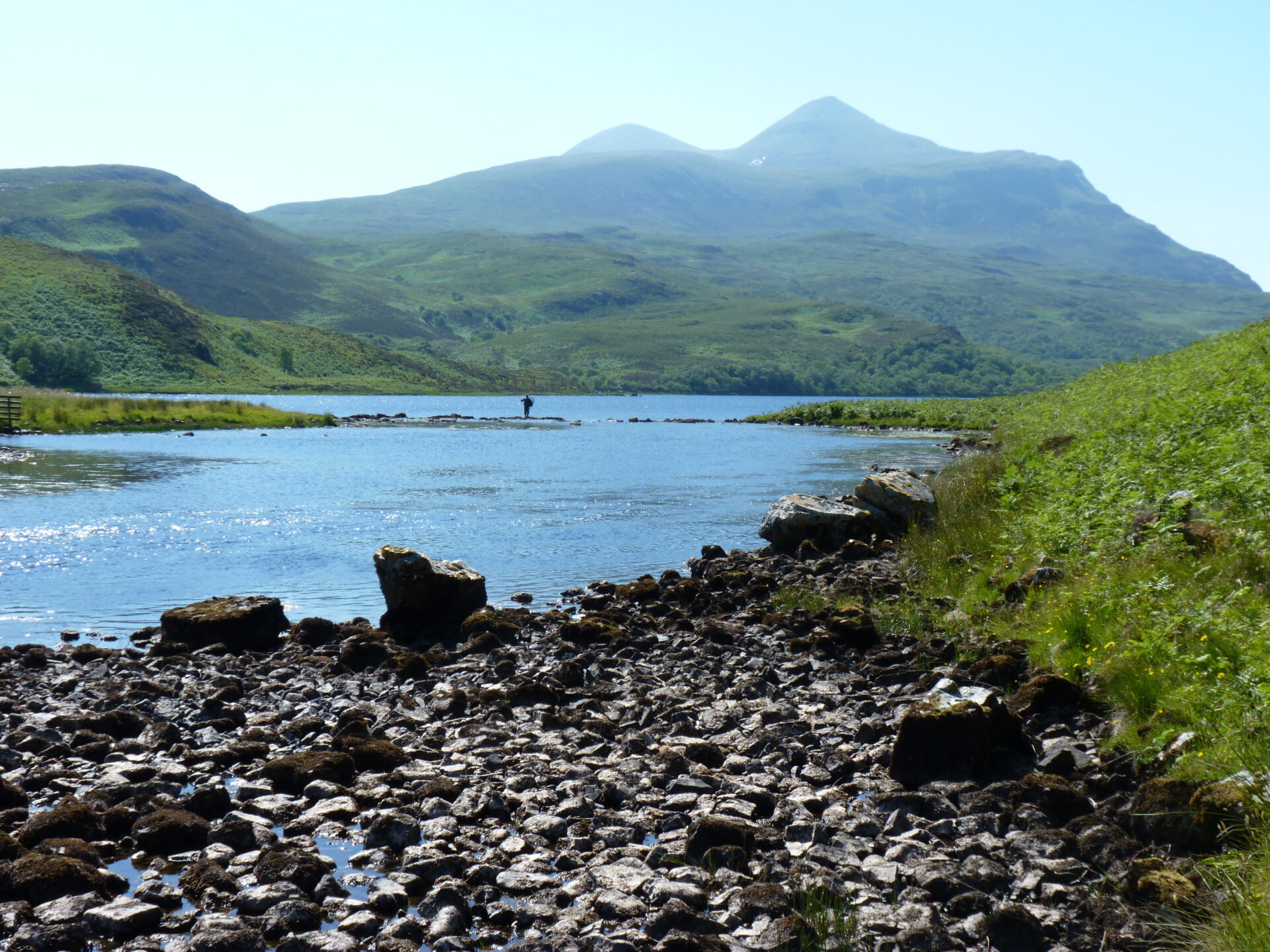