Palmers and Bumbles are regarded as relatively easy flies – not quite beginners’ flies but not a tough tie. The conventional tying sequence means tying in the body hackles after the hook is dubbed, then palmering the body and taking the rib forwards, and then tying in the head hackle. This works well enough with a conventional hackle at the head, though there tends to be gaps and lumps. Inevitably if you try to wind a jay hackle once the fly is palmered you end up with a very bulky head, and if at that stage you tie in a bunch of jay barbs they will hug the body, and you often get a bulky or untidy head.

I prefer a slightly more advanced method for tying Bumbles because it gives me a far neater finish: the fly has a better shape; all the hackles are better spread; the head hackle does not collapse down along the side of the fly; and I can achieve a much neater head. This is not only a better looking fly but, in my opinion, it fishes better and lasts longer too. 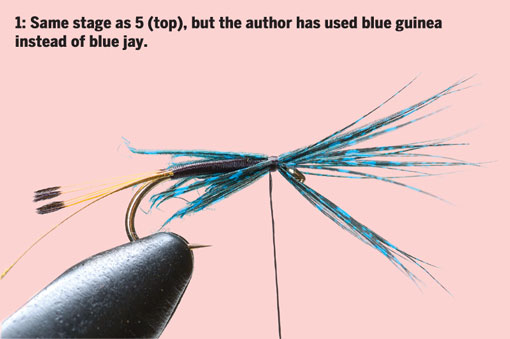 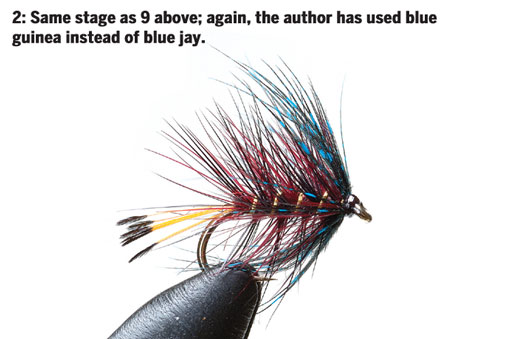 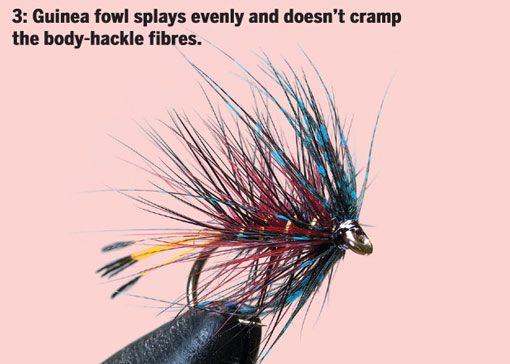