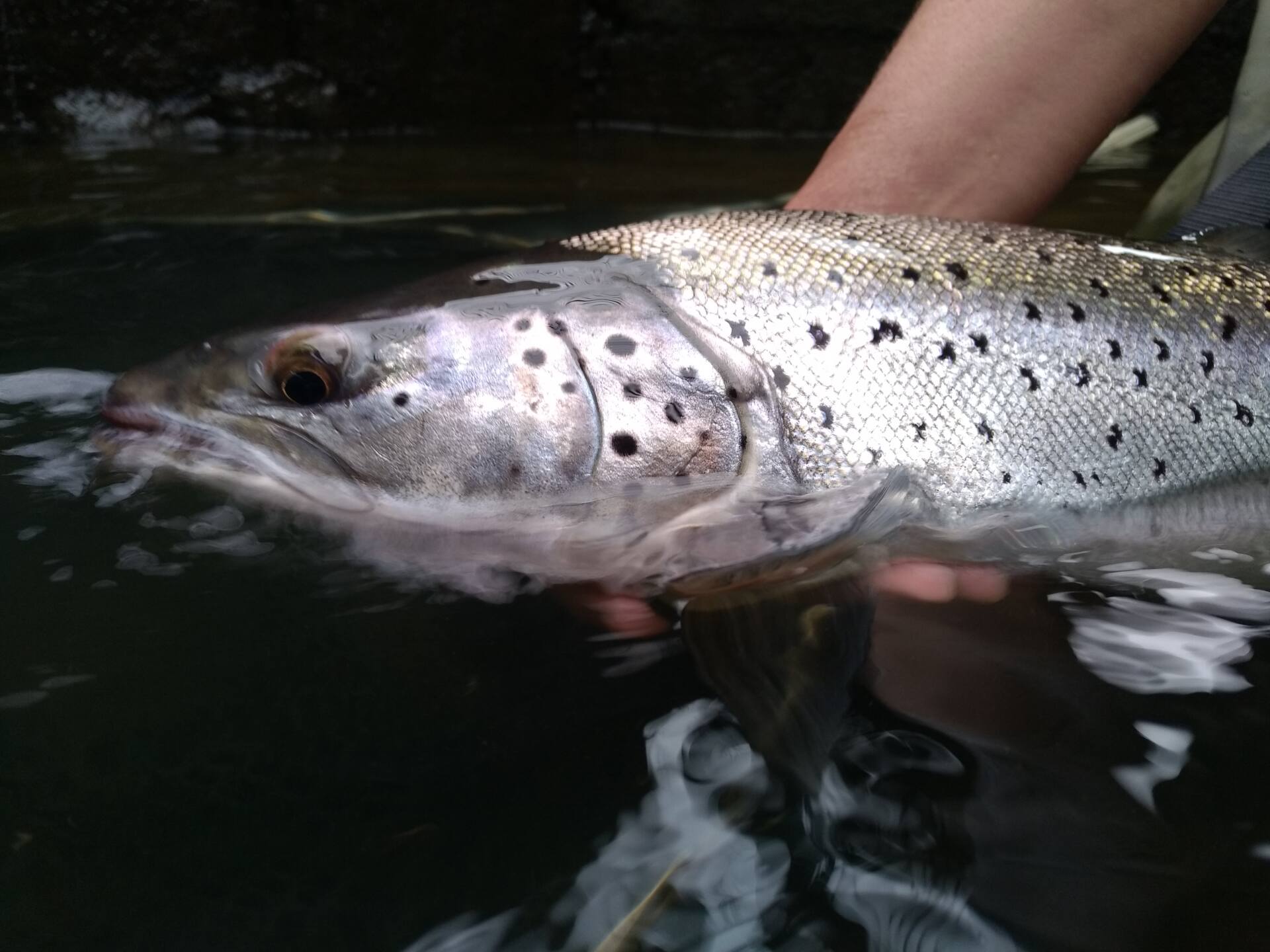 The advice to anglers is to avoid taking fish out of the water to photograph them.

Soaring temperatures and a rare Red Extreme Heat Warning issued by the Met Office over Monday, July 18 and Tuesday 19 triggered instant reaction from both the EA and NRW in order to protect fisheries. Many species, in particular salmon and pike, are highly susceptible to high water temperatures. In addition, hot weather holds less oxygen for fish, and it can also trigger algal blooms, which can cause further oxygen depletion at night.

The EA called on anglers, fishery owners and the public to protect fish by reporting any incidences of fish in distress.

In Worcestershire, the Environment Agency deployed several aeration pumps to an angling club’s fishery after dissolved oxygen levels fell to around 15 per cent and averted a significant fish mortality.

At another fishery, in Basildon, Essex, EA officers deployed aerators after the report of 1,000 dead fish at a fishery owned by the borough council. In other incidences the EA will use hydrogen peroxide can be used to elevate oxygen levels. During this heatwave the EA is providing expert advice to angling clubs and anglers, and occasionally, as a last resort, relocating fish.

It advises anglers can also help vulnerable fish stocks by minimising use of bait, taking care when playing, landing and releasing large or sensitive fish, such as pike, barbel, trout and salmon, as well as avoiding taking photos of fish out of water to avoid further oxygen loss.

In Wales, the Wye and Usk Foundation came to an agreement with NRW and Welsh Water to use the water within the Elan Valley reservoirs to increase the flow in the river Wye. This water needed to be released on Monday for it to be the most effective, as due to the length of the Wye, this water takes a few days for it to reach the bottom by the Tuesday, when WUF expected the situation to be at its most serious. Monday’s cooler conditions would also reduce the risk of the release increasing the water temperatures as it flows over scorching rocks. Studies have shown that the cooling effect of a release of this scale will not extend much past Builth, but it will push cooler water from the upper river, downstream, which will help push the hot water at the bottom of the river out.

Ben Wilson, fisheries manager at NRW, told FF&FT that the Elan Valley reservoirs have a reserve in place for emergency measures, and half of this capacity was released at the rate of 640 million litres per day during this period. At the same time, Herefordshire farmers who, having had the situation explained, agreed to reduce and where possible pause entirely their abstractions for crop irrigation at this critical time.

A release of stored water was also made into the Welsh Dee. Here the flow was doubled to increase the cooling effect and negate the temperature increase.